Considering the Death of Graphic Design

“He not busy being born is busy dying.” —Bob Dylan

Let’s talk about how graphic design is dying. Because it is, right? That’s what it feels like sometimes. It sounds like the type of thing someone would write an article about on Medium. We can talk about how design is being democratized, or engineering is making design irrelevant, or maybe it’s because designers are just following trends. We’re surely leading this field to it’s obvious obsolescence.

Yet, in a recent interview, Michael Rock said, “We live in an era wherein design has become the central metaphor. Since everything is designed — from genes to global alliances — everything is fair game for the designer.” Design — with a capital D — is shaping our world and designers are leading the charge. So what does this mean for the graphic designer — those of us working with typography and photography, arranging elements on the page and the screen?

My original title for this essay was simply, “The Death of Graphic Design”. I don’t actually believe graphic design is dead but I sometimes wonder if those words, “graphic design”, still make sense for what I do. I wanted to write about how graphic design has become so big, so encompassing that one term no longer makes sense to cover it all. But I realized that’s just semantics. Those are just words and that’s a terribly boring discussion.

But that does bring up an interesting point doesn’t it? If we are going to talk about graphic design’s death—which is really just a dramatic way to talk about its future—we need to be clear that we’re talking about the same thing.

Well, this is obviously graphic design:

And this? Yup, graphic design: 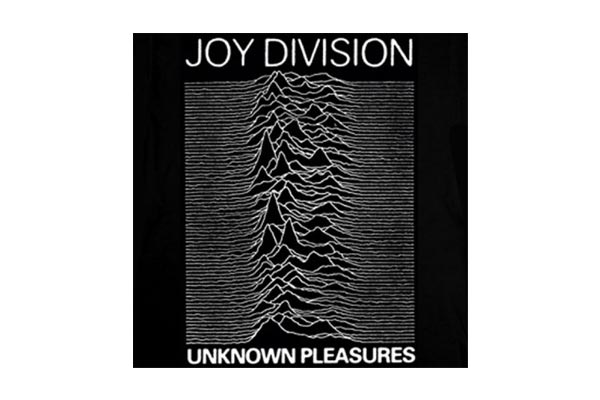 And so is this: 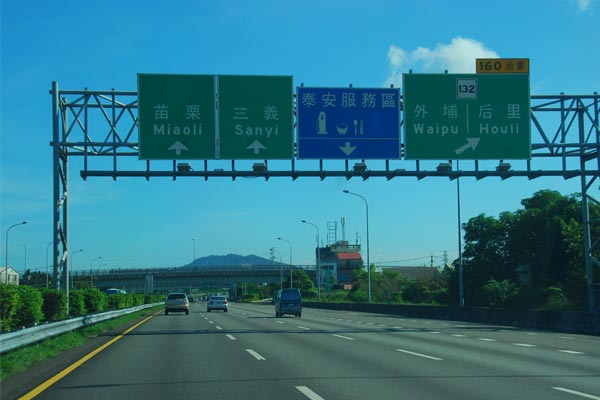 I’m pretty sure this is graphic design: 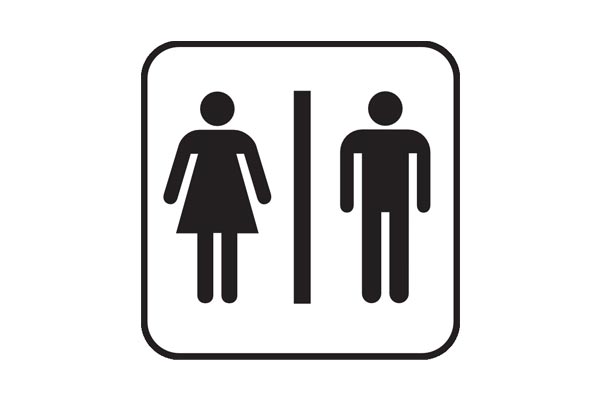 What about this? I think this is graphic design: 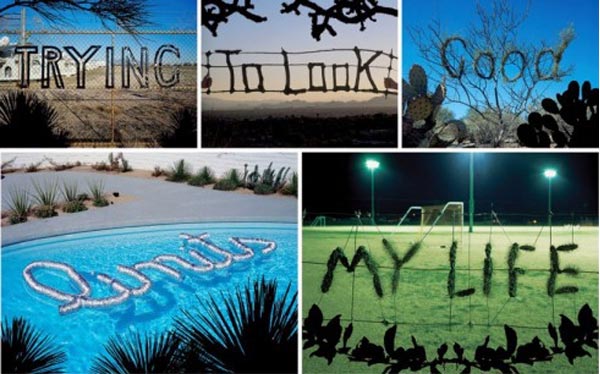 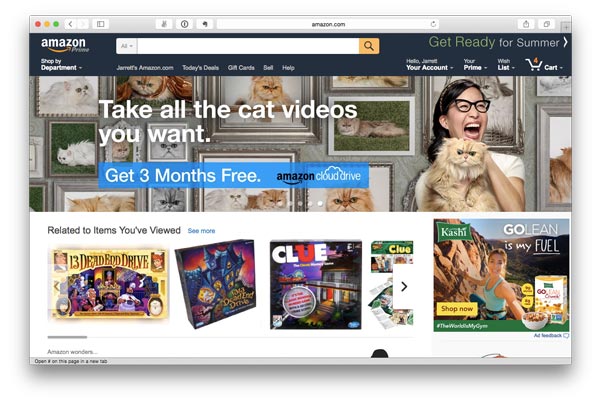 And! Yes! Even this is graphic design: 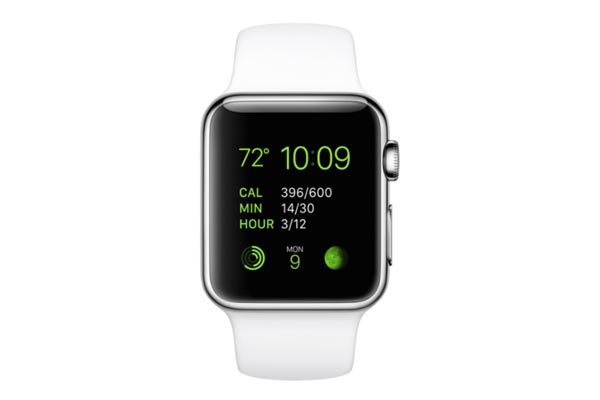 Graphic design is on our screens, on our buildings, on our freeways, on our media, in our entertainment, and now it’s on our watches! Graphic design, it seems, is a part of everything. It’s embedded into every single environment and experience we interact with all day long. It’s tempting to think this is a new phenomenon — as more and more of our technology gets replaced with software, our screens will multiply and so will our need for graphic designers to help us organize it — but modern society has always been like this. Graphic design has always permeated throughout all of culture.

However, what is new is how graphic design is distributed and where it lives. No longer does the work of the graphic designer live solely on the page, confined by edges, now it can also live on the screen, responding to its size to provide an optimum experience regardless of device. It lives in our software, able to be manipulated and interacted with by an unknown viewer. The edges of the page and the constraints of the printer no longer need to hold back the designer. The graphic designer no longer has the last word, but a first in a potentially never-ending conversation.

Paul Rand is still considered one of the greatest graphic designers of all time — and rightfully so — but he never worked in the mediums dominating our field today. Is it all still graphic design? Is designing an iPhone interface and an album cover really the same thing? Surely we can’t compare Stefan Sagmeister with Paul Rand, right?

“Writing about music is like dancing about architecture.” —Thelonious Monk

When we talk about graphic design, especially its future, we tend to talk about a few different things. We think about styles, about design’s purpose/function, its audience, and the role of the designer. We tend to talk and write and speak about the parts that are important to us while ignoring (and sometimes devaluing) the others. Let’s look at each of them:

In talking about graphic design, I find it helpful to think of these categories as dials that can be turned up or down depending on the project and the context. Not all of these are equally important nor are they consistently important across every type of work.1 For example, I don’t want a designer embedding meaning or subverting the sign into a commentary on transportation onto my freeway signs, I just don’t want to miss my exit. But in a museum logo, when the designers creates a living mark that evolves with the exhibition, sometimes becoming illegible because they are aware the audience understands it, the designers point of view becomes more important.

This is why many discussions around graphic design and popular design blogs can feel superficial. Either they are only speaking to one of these or they are weighing all of them the same regardless of context. Judging a logo out of context can only be judged for its style without regard for its audience or purpose. Talking about the interaction models of the Apple Watch only look at its purpose or function without regard for audience or style.

Returning to Paul Rand and Stefan Sagmeister, we can talk about Rand’s midcentury, corporate identity aesthetic versus Sagmeister’s hand drawn, three dimensional typography but we must also acknowledge that Rand was hired by a corporation and his logos needed to instill credibility. Sagmeister is performing self initiated projects that will live in a gallery. Both men are operating as graphic designers but they are using the designer’s tools for different goals. We wouldn’t argue whether both a sculptor and a photographer are artists and we shouldn’t see the differences as a value judgment of one medium over the other. Just as the world needs all kinds of artists, we need all kinds of designers.

Some designers will be decorators and some will be critics. The field is big enough for all of us.

“The reports of my death are greatly exaggerated.” —Mark Twain

As graphic design has expanded, we’ve attempted to silo and label these various, often disparate, disciplines: we are interaction designers or typographers, illustrators or design thinkers. There’s digital designers and print designers. There’s personal work and client work. These silos are of our own creation. They can be useful in defining the type of work you do but they can also be divisive and make the field feel fractured.

Frank Chimero wrote about these in his essay, Designing in the Borderlands:

Luckily, these distinctions were drawn by us, which means that we can redraw them. We can move the line, toe it, and breach it with a transgressive practice that tries to turn opposition into symbiosis. But you can only cross the line and confuse the distinction if you commit to the middle space.

Just as wide and varied as the field can be, I can also notice it in my own work. I’ve spent a career in these borderlands—jumping between interaction design, illustration, identity development, and books. A designer can be a specialist or they can be a generalist; they can work in print and digital, for clients and themselves. These walls can be used to build a bigger tent to cover all of us or they can be used to segregate and divide.

So is graphic design dying? Sure, parts of it are, just as we’ve always left behind the things we no longer need. That’s how the world works. From death comes life. Something has to die so we can eat it and continue living. You can’t enjoy Spring until you’ve gotten through Winter. Maybe we’re killing parts of graphic design to make room for something new.

Visual communications of any kind, whether persuasive or informative, from billboards to birth announcements, should be seen as the embodiment of form and function: the integration of the beautiful and the useful. In an advertisement, copy, art, and typography are seen as a living entity; each element integrally related, in harmony with the whole, and essential to the execution of the idea. Like a juggler, the designer demonstrates his skills by manipulating these ingredients in a given space. Whether this space takes the form of advertisements, periodicals, books, printed forms, packages, industrial products, signs, or TV billboards, the criteria are the same.

Perhaps we’re just continually adding to Rand’s definition. In addition to advertisements, periodicals, books, printed forms, packages, industrial products, signs, and TV billboards, we’ll add interfaces and phones and watches and glasses and thermostats and dashboards. The role of the designer has always shaped how humans interact with the world and with each other.

That role may stay the same, but the opportunities are infinite. ✖

× This piece is written as a response and expansion to a episode 16 of Sway, the podcast I co-host with Rory King. On that episode, I argued that the term "graphic design" no longer worked to cover everything the field contains. We ended that episode with more questions than answers so I attempted to write a bit to clarify my thoughts. This essay is a bit different than the one I set out to write but I hope it's more timely and goes a bit deeper into the discussions that frequently surround the term "graphic design".