Cars, Fireplaces, Kitches, Computers — Designers and the Internet of Things

On September 18, 2015, the United States Environmental Protection Agency revealed that Volkswagen had violated the Clean Air Act. The company had programmed their cars’s diesel engines to activate specific emissions controls during laboratory testing so that the cars’s nitrogen oxide could meet U.S. standards when tested. “Volkswagen didn’t make a faulty car,” wrote Marcelo Rinesi for the Institute for Ethics and Emerging Technology, “they programmed it to cheat intelligently.”

This echoes the sentiment raised by Dutch architect Rem Koolhaas in his essay accompanying the 2014 Venice Architecture Biennale when he wrote “Soon, your house could betray you.” Koolhaas curated the exhibition to be a history of architecture through the individual elements that make up a building: windows, ceilings, balconies. He argue that for the last 5000 years, architecture has fallen behind the technology. “The door has become automated, transformed into an extension of the smartphone, with each opening and closure logged; elevators predict your intended destination by listening to your conversations and tracking your routines,” Koolhaas writes, “Your house may soon insist on an early bedtime to stop irresponsible consumption of energy.” He give us a glimpse of the future of architecture by ending his history of the fireplace with a Nest thermostat. 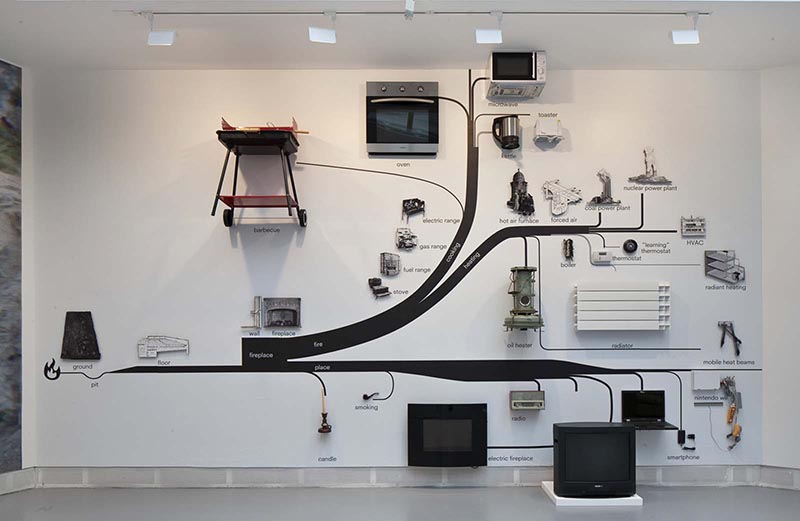 Nest, the internet-connected thermostat from Tony Fadell, the former Apple executive who lead the production of the iPod, is perhaps the most famous of the emerging market dubbed “the internet of things”1. These products typically refer to the traditionally “dumb” household devices that have been equipped with chips, wifi, and bluetooth, therefore making them “smart” by connecting them to a network. The internet of things movement has let us turn off our house lights from our phones, check the level of propane for our outdoor grill while we’re at the supermarket, or unlock our house when we pull in the driveway. The power of the internet of things isn’t that it’s simply putting the internet in things but rather using things as a conduit to the internet. They turn our homes, our cars, and cities into networked, computational infrastructure—systems through which information can flow.

Koolhaas suggests, and Volkswagen demonstrates, that the computer favors the corporation and the network favors the programmer. The connected products of the internet of things enter our home with the promise of simplicity, control, and accessibility, but only as much control as the programmer wants us to have. The corporations leading this industry work in the internet and these products are another way to get the consumer connected to an infrastructure where data is the currency. The science fiction novelist Bruce Sterling believes that the internet of things actually has little to with the consumer. “The Internet of Things is not about a talking refrigerator, because that is the old-fashioned consumer retail world of electrical white goods,” he writes, “The genuine Internet of Things wants to invade that refrigerator, measure it, instrument it, monitor any interactions with it.”2 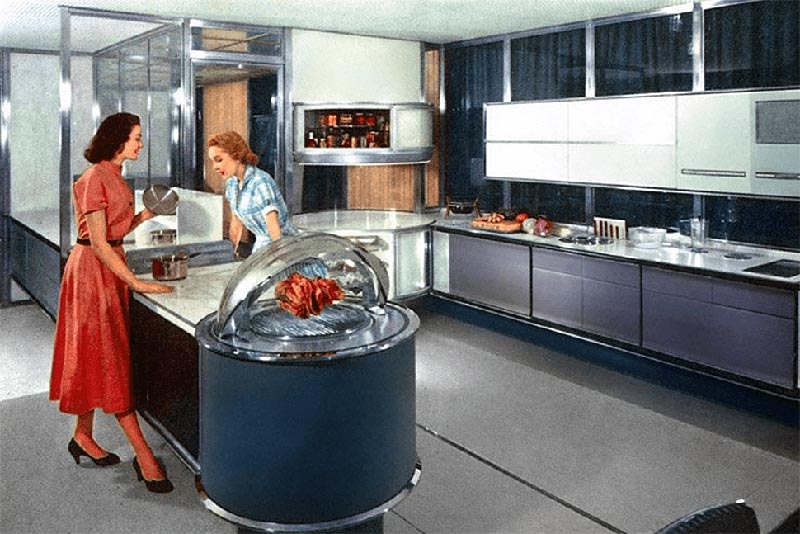 In a story published in Eater earlier this year on the “kitchen of the future”, Rose Eveleth noted the surprisingly regressive view of this imagined kitchen—the images depicted spotless kitchens with clean surfaces, devoid of any humanity. There were computers integrated into every piece of hardware and women behind the sink. “They aren’t trained to think about technology in a cultural context, and they’re not designing kitchens while thinking about the social baggage and gender politics that come along with them.” Eveleth writes of the engineers and futurists designing these kitchens, “They should be better at it, but their education was focused on algorithms and compilers.”

Designers, however, are experts in empathy. Designers have a knowledge of culture and understand the historical significance of the home. Instead of designing products for data collection, networking, and systems infrastructure, it is the designer who can help design tools that actually make people’s lives better. When the future is imagined by a small group of upper class white men in Silicon Valley, the disconnect between provider and consumer grows because the world they know is not always the same world in which their customers live. And when the priority is connection, the benefit is for the corporation, not the consumer.

Where the engineer and the futurist must bring complete systems and working technologies, the designer can bring something else to the table: humanity. The designer’s responsibility should not just be to design the interface and the physical product, to beautify and to simplify. Designers are trained to think about the consumer; they see a nuanced audience instead of faceless users with the same needs as the creator. They understand the context in which their work is placed and how that can influence interactions and behaviors. Designers can—and should—be working with the entire system and use this opportunity to bring their knowledge of culture, empathy, and human centered processes to help build products for varied and diverse audiences. When the designer is paired with the engineer, together they can create deeply connected devices that marry the technologies and liberal arts, computation and humanity. 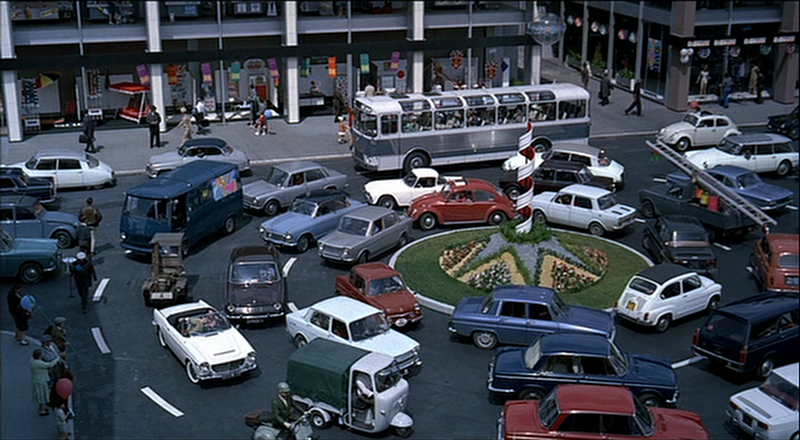 In 1967, the French filmmaker Jacque Tati released his fourth and most experimental film, Playtime. Mostly devoid of dialogue, the film follows a man struggling to navigate through the modern technologies of the built world. His environment is sterile and emotionless. Everything is programmed to work a specific way and it is only our hero’s nonconformity that give it a humanity and breathe life into the otherwise sterile environment. The film closes with a traffic jam, cars continually circling the center square, over and over, unable to break out of the cycle. This isn’t a bug, they were programmed this way.

As every major corporation, from Apple to Tesla and Google to Volkswagen, seeks to put more and more computers into our cars, our cities, and our homes—we must be aware of how those computers can both assist us and betray us. I believe it is the designer’s responsibility to ensure that these computers don’t rob us of our humanity and help design products that assist, respect, and bring joy to their users. As Dave Eggers wrote in his novel You Shall Know Our Velocity: “Your job is to be human.” I read that as a call to designers: “first, be human.” ✖