While interning at The Whitney Museum of American Art in New York City, I was tasked with designing and archiving the work the museum's in-house design team has produced since the 2013 rebranding. I design and developed this site using Tumblr to allow the team to catalog and share there work while also using it as a recruiting tool. 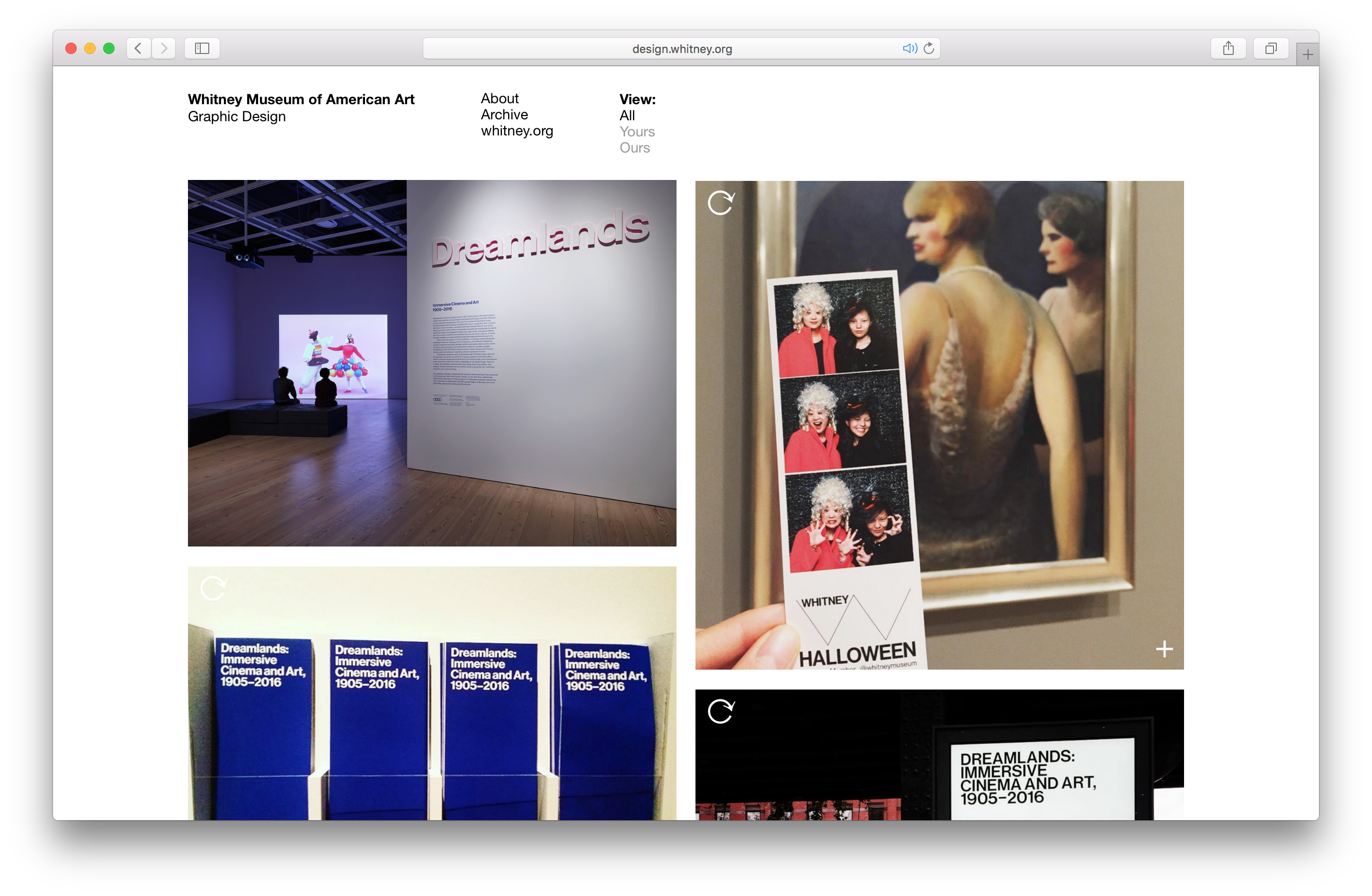 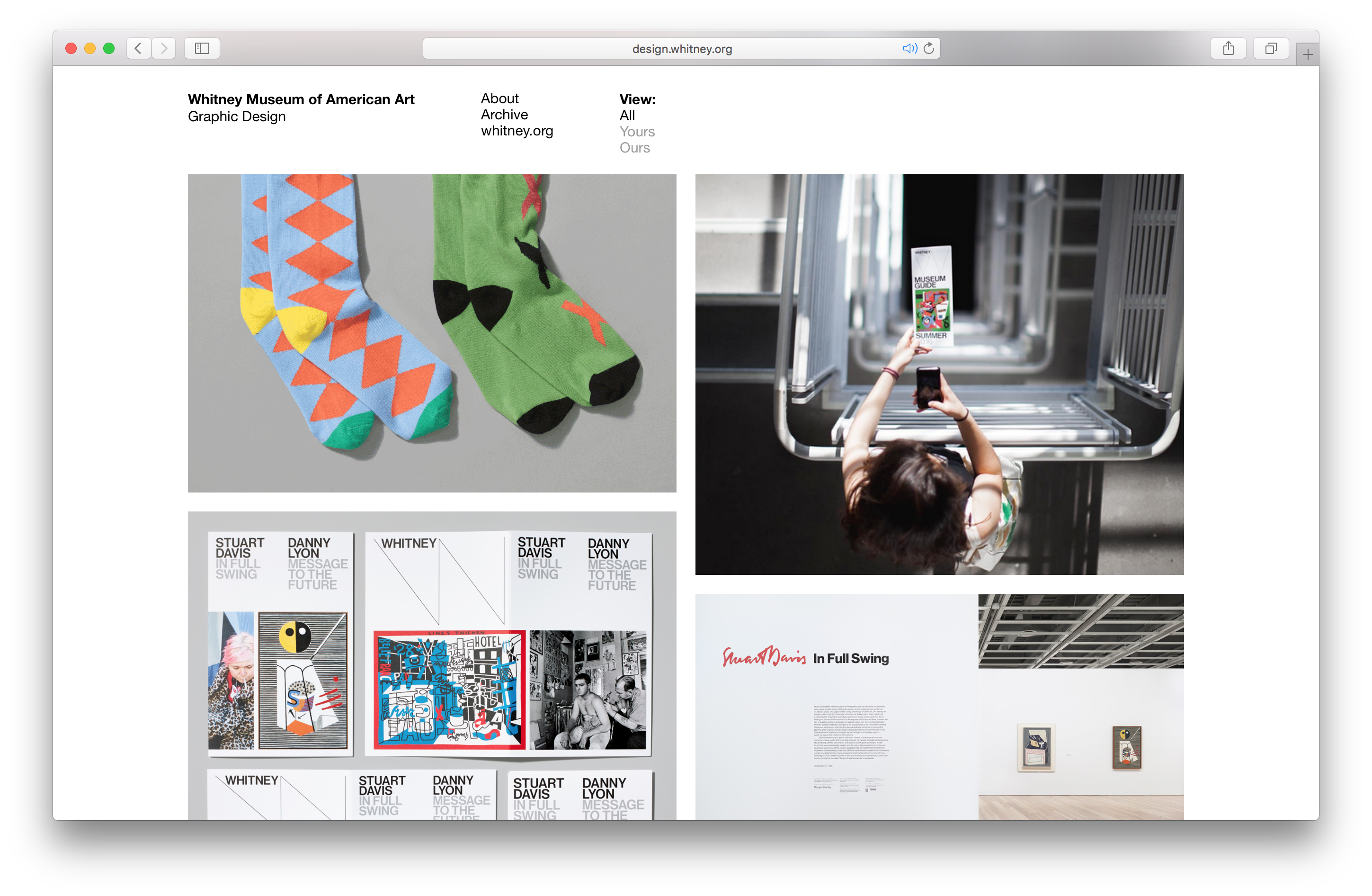 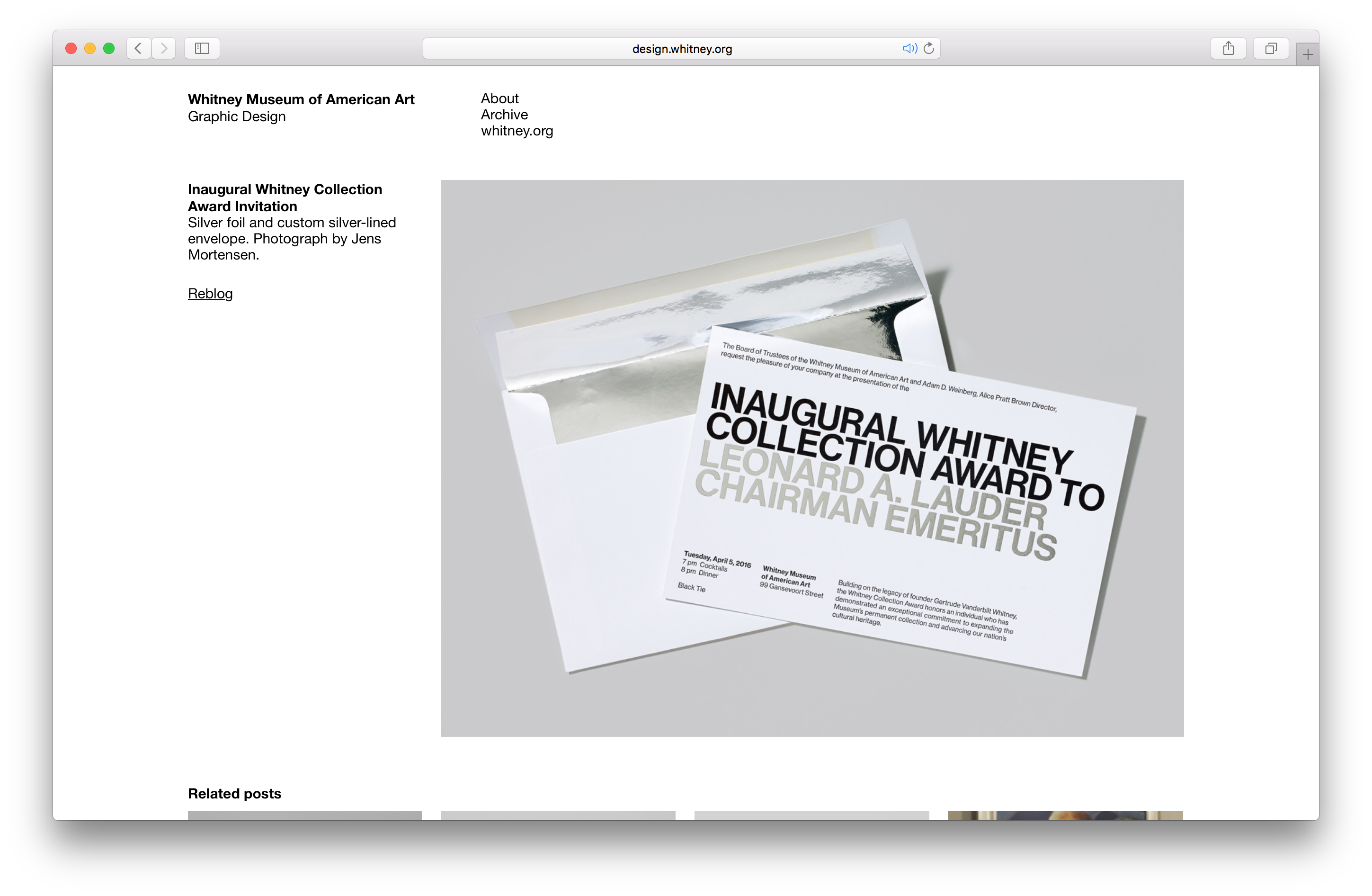 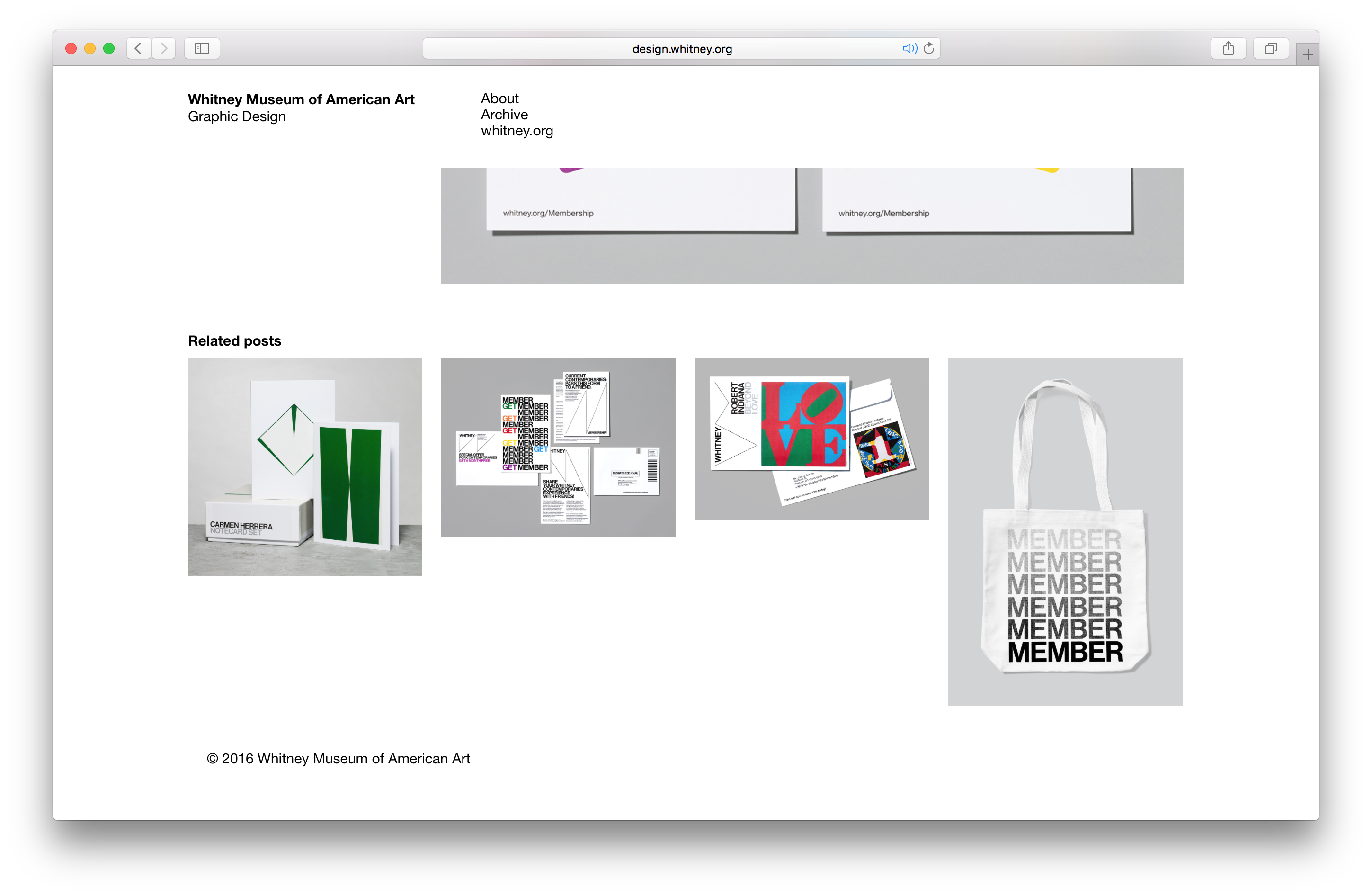 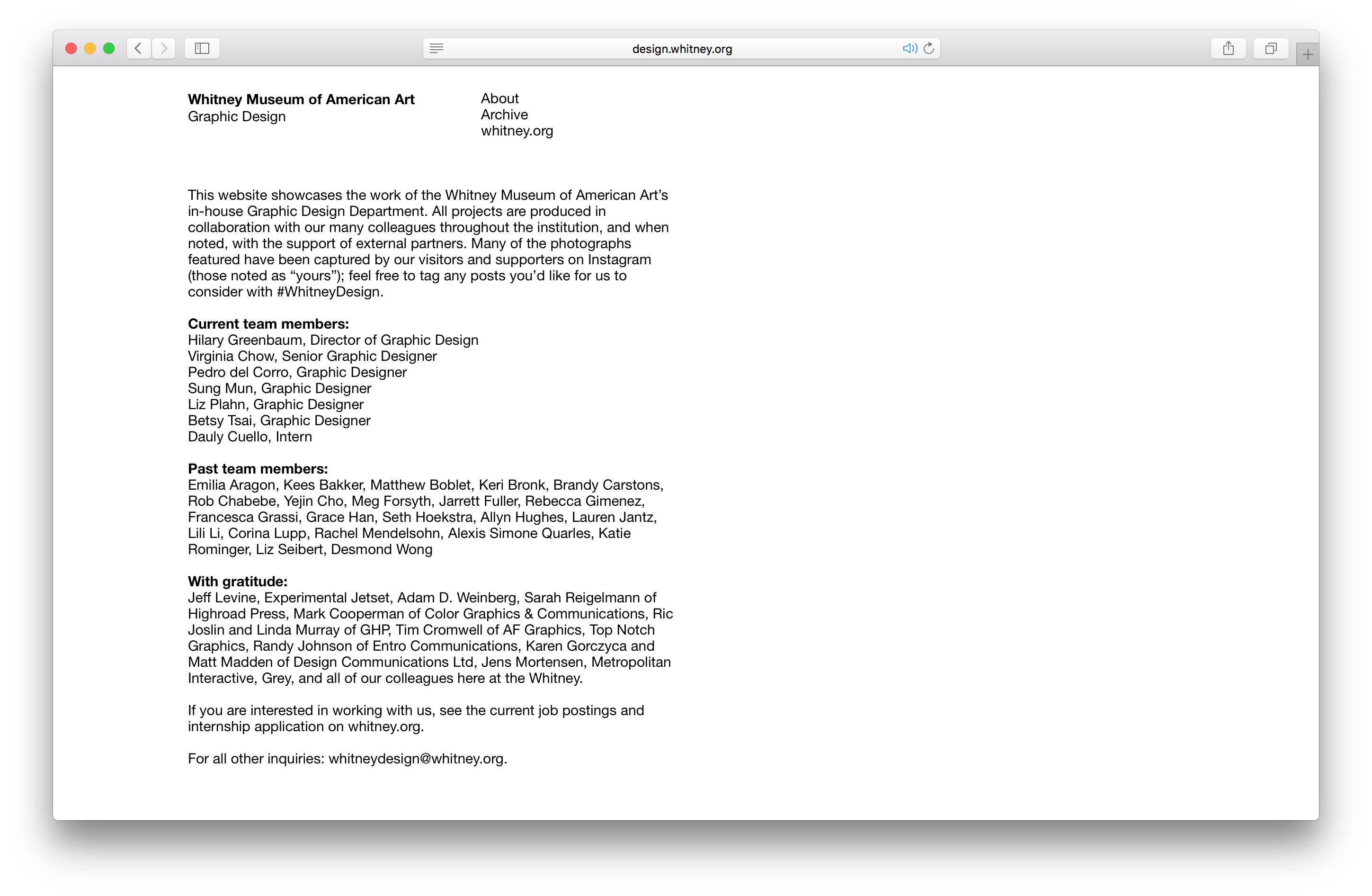